MV: Many times on the internet their are many hadiths that are said spoken by The Prophet (SWT). But in reality a lot are untrue that’s why if any of you guys own an Islamic Blog, Website or even email others, etc always make sure their is a source if you post hadiths or else you could be spreading false hadiths. The article bellow explains the dangers of spreading false hadiths.

“O people! Beware of relating a lot of Hadeeth about me! Whoever says anything about me must not say except the truth, for whoever ascribes to me what I have not said, let him occupy his seat in the Hell-fire!””

“Whoever relates from me a Hadeeth which is thought to be a lie (or which he thinks is a lie), then he is (also) one of the liars.”

“Verily, one of the worst lies is to ascribe to me what I have not said.” 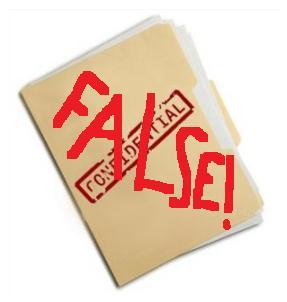 2 thoughts on “The dangers of spreading a false hadith”