MV: Since Ramadan has approached us it is important for us to know how your fast can be broken.  It does not take much to break your fast, you can miss a daily prayer or you can tell a lie. no matter what this month is sacred you should take this chance to forgive your sins.

Any of the following invalidates the fast:

The conditions mentioned above invalidate fasting and require “Qada” (making up only the missed day or days). However, intentional intercourse during the hours of fasting invalidates fasting and not only requires “Qada” but also additional penalty (Kaffara-see the explanation of this below).

What does not break the fast:

Inshallah these things are permissible

Anyone who eats and drinks deliberately during the day in Ramadaan with no valid excuse has committed a grave major sin (kabeerah), and has to repent and make up for that fast later on. If he broke the fast with something haraam, such as drinking alcohol, this makes his sin even worse. Whatever the case, he has to repent sincerely and do more nafil deeds, fasting and other acts of worship, so as to avoid having any shortfall in his record of obligatory deeds, and so that Allah might accept his repentance.  (www.islamway.com)

What if I accidentally ate or drank something?

If he forgets, and eats and drinks, then let him complete his fast, for Allaah has fed him and given him to drink.  (Reported by al-Bukhaari,Fath, no. 1933). According to another report, He does not  have to make the fast up or offer expiation  (kafaarah).         (www.islamway.com)

Other things that break the fast are only considered to do so, if the following three conditions apply:

1. If a person knows that it breaks the fast and is not ignorant

2: If he is aware of what he is doing and has not forgotten that he is fasting

3. If he does it from his own free will and is not forced to do it 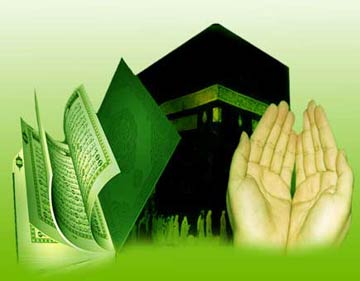 Remember sins should always be avoided, but especially if you are fasting

38 thoughts on “What Breaks Your Fast”