Update: One brother pointed out Zidane was not a practicing Muslim and that I should add Kareem Abdul Jabbar and Hussain Abdullah to the pictures bellow, also I had some player names confused! My bad…heres the updated pictures!

Yeah I hope people understood what I meant by “Title. Haram and Oh those uncles…” if you don’t get me then your probably not in the “Youth Age”. Haha naa just joking. What I meant to say is that in these days many of us  sometimes could tend to have confusion in whether or not Islam, allows sports. When your shooting for that hoop or your about to score in Soccer, do you ever get the feeling of confusion if you’re doing the right thing? Well all I have to say is…lets read a fatwa from a scholar on Islamonline.net:

*Note this was answer to a Question a Muslim had*

In the Name of Allah, Most Gracious, Most Merciful.

All thanks and praise are due to Allah and peace and blessings be upon His Messenger.

Dear questioner, we are really happy to receive your question and we pray to Almighty Allah to help us furnish you with the best answer.

In the very beginning, we are to note that Islam sanctions anything that is pure and beneficial for man. It encourages a Muslim to be strong and to seek the means of strength. In his Hadith, the Prophet, peace and blessings be upon him, commands us saying: “Teach your children swimming, archery and horse-riding.” This direct call to practice sports shows the great importance Islam places on sports in training the Muslims and making their bodies healthy and sound. It is no wonder also to hear the saying: “A sound mind is in a sound body.”

Shedding more light on the issue of sports and its etiquette, Sheikh `Atiyyah Saqr, former Head of Al-Azhar Fatwa Committee, states the following:

“From the time immemorial, people have sought means of physical training and invented all kinds of sports to make their bodies strong, but each to its purposes and conditions. A nation where fighting and battles were the norm, sports like weightlifting, archery and dueling would be very common, while swimming became the favorite sports to people living on sea-shores. In the Arabian peninsula, people got used to hunting and horse-riding due to their conditions of frequent traveling and moving from one place to another.

How does Islam view sports?

Islam does not oppose having a strong body via practicing sports. Muslims are commanded to be of sound bodies and sound minds in addition to having sound morals. In the Hadith, we read: “A strong believer is better and more beloved to Allah than a weak one.” (Reported by Muslim) A sound strong body is capable of fulfilling both the religious and the worldly duties. Islam never accepts anything that leads to neglecting these duties, save in some cases where some exemptions are made so as to make matters easy for believers.

The effects of sports on the body:

In his well known book ‘Zad-Al-Ma`aad’, Imam Ibnul-Qayyem states that movement is the core of sports. It helps the body get rid of waste food in a very normal way. It makes it active, enhances its immunity and protects it from diseases. Each organ has its own sport that suits it. As for horse-riding, archery, wrestling and racing, they are sports that benefit the whole body.

In Islam, we see that many Islamic rituals contain sports that help the body attain physical fitness once they are practiced properly. The rituals of pilgrimage, paying visits to Muslim brothers, visiting the sick, going to and fro the mosque and participating in many social activities are no more than sports.

Etiquette of sports in Islam:

The fact that Islam encourages the practicing of sports makes one realize how great, flexible and comprehensive is this course of Allah given to mankind. In this context, Islam stresses the importance of spiritual and moral training that should accompany physical training so that the latter yield its desired effects.

In supporting a team, hooliganism should be avoided. Also, there is no place for gloating. Having an upper hand in games does not warrant jeering at a defeated opponent. Islam views sports as a means of enhancing mutual love and cooperation among people, not a means of hurting feelings. That’s why the winning party should never be carried away with joy to the extent of insulting the opponents, nor must the defeated party be eaten up with envy at his counterpart’s advantage. He must keep in mind that his today’s loss will pave way for his tomorrow success, if he keeps patience and tries to improve himself.

This reminds us of the occasion when a nomad’s camel outpaced the Prophet’s she-camel which was known to be ever-first in racing, Muslims felt sad. Commenting on the issue, the Prophet, peace and blessings be upon him said: “Almighty Allah has decreed that nothing shall have a permanent glory (meaning that every situation has its ups and downs and no condition is permanent).” The Prophet, peace and blessings be upon him, made this statement to cool down the feelings of those who found his camel being outpaced a difficult thing to swallow.

In contests, a true Muslim never forgets the etiquette of giving the counterparts good treatment. Casting aside morals in contests and competitions is a form of hypocrisy to which the Prophet referred when saying: “There are four characteristics if found in a person, he is a pure hypocrite. If one of them is found in a person, it gives him a characteristic of hypocrisy until he drops that: if trusted with something, he breaches trust, if talks, he tells lies, if makes a promise, he does not keep his word and if is in a quarrel with someone, he proves deviant (resorts to vile speech and corrupt conduct.)”

Tips for a Muslim practicing sports:

1-A Muslim should not occupy himself with sports to the extent that leads to neglecting religious and other duties.

3-Blind fanaticism in favor or against a team has nothing to do with Islam, for this really contradicts the Islamic teachings calling for unity and love.

4-While practicing sports there should be no room for foul words, bad behavior and slandering.

5-Islam does not allow matches or games that involve both sexes, in a way that opens channels for seduction, temptation and corruption.

6-Islam rejects also all games and sports that stir sexual urge or encourage moral perversion such as women practicing dancing and being watched by the public.

In conclusion, it is to be made clear that upon declaring something permissible, Islam places some stipulations that aim at maintaining morality and that cope with the general wisdom of legislation. Sports are to be practiced following these stipulations so as to avoid any undesired harms. The general rule of Shari`ah is that any act that involves transgressing limits whether in eating, drinking, clothing or anything else, is prohibited. The Qur’an declares: “ O ye who believe! Forbid not the good things which Allah hath made lawful for you, and transgress not. Lo! Allah loveth not transgressors.”(Al-Ma’idah: 87)

MV: So like it said above^ Sports are “halal” as long as it doesn’t ruin you, as a Muslim. May Allah (swt) guide us all inshAllah.
And this video by a scholar (don’t know his name, my bad) helps cover up the topic even more, alhumdoillah: 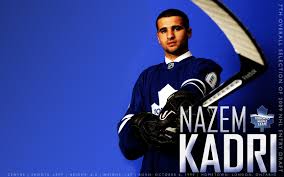 12 thoughts on “Sports and Islam”